Richard Dawkins first coined the word “meme” in his 1976 book The Selfish Gene. Dawkins wrote that just as evolution depends on self-replicating genes as the biological unit of transmission in species, the meme represents the cultural evolutionary vehicle humans use to transmit ideas. Memes can include a clip of music, a fashion trend, or an image. Facebook users recognize memes as images and words that spread through the Internet, sometimes like a brush fire. The more poignant and memorable the idea, the stronger the meme. 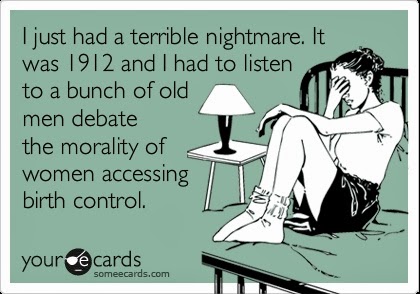 I probably see hundreds of memes each week online. Often memes will employ cute imagery, such as kittens, or stark drawings of dinosaurs.  Memes sometimes seek to be pithy and philosophical, such as “Whatever doesn’t kill you only makes you stronger…except bears. Bears will just kill you.” And some memes are noteworthy because of their irony, like this one — a young woman sitting in bed holding her head, saying “I just had a terrible nightmare. It was 1912 and I had to listen to a bunch of old men debate the morality of women accessing birth control.”

This past week, one particular meme caught my attention. It read simply, “If Al Qaeda had poisoned the water supply of 300K people, we’d have already invaded the wrong country. Since it’s a corporation, carry on.” For me, such memes are the most powerful because they point out to us the raw truth of the absurd and incredibly harmful acts we commit as a society, often because of our conflicting goals and ethical dishonesty. This meme carries the tragic weight of truth. If the chemical spill in West Virginia had been perpetrated by a terrorist, our nation would have already sent troops somewhere to kill someone for the act. But, in all likelihood, no charges will ever be filed against anyone responsible; the already dissolving company will pay little or no restitution; and in all likelihood nothing will be done to prevent the circumstances from happening again.

A meme such as this one carries particular strength because it highlights two social flaws in the modern United States. First, our out-of-control militarism has already bankrupted our economy for decades and continually threatens to put the lives of our young people in peril through illegal incursions. Our unjustified invasion of Iraq has left that country crippled and embroiled in civil unrest. And we will eventually leave Afghanistan having no lasting positive impact on that region, but creating another generation of men and women struggling with physical injuries and PTSD with an inadequate veterans’ support system. The war mongers in Washington are now licking their chops at the chance to engage in Syria, North Korea and Iran.

Second, our elevation of corporations to the status of persons has provided these soulless entities with all of the privileges of humanity and none of the responsibility. Our capitalist system can only work if the participants engage with good intention and a commitment to establishing and maintaining a high quality standard of living for all Americans. But corporations and their CEO’s now have no incentive to act as responsible agents for anyone but their wealthy stockholders. As a result, our government has been corrupted by exorbitant campaign finances, our economy has been pillaged by criminals with no fear of indictment or conviction, and our environment continues to be raped by polluters whose sole guiding principle is the fiscal bottom line.

People of faith need to consider the impacts of these trends on the moral fiber of our nation. Unbridled militarism defines us as a violent nation of usurpers and conquerors, not liberators. Unchecked corporatism defines us as worshipers of golden idols and not builders of a spiritual kingdom of love and light. People of faith need to not only bandage those wounded by the twin marauders of militarism and corporatism. People of faith need to stand up to those allied with these destroyers, hold politicians accountable as public servants, and engage in noncooperation with the power hungry, the greedy, and the violent people in our society.
Posted by Rev. Jeff Liebmann at 8:06 AM No comments:

Truth and Meaning: The Legacy of Nonviolence

With today being Martin Luther King Jr. Day, I remember once again the massive work remaining before us to achieve King’s vision of Beloved Community. Last week, I spoke to sophomores at Meridian High School about pacifism and the failure of the institution of war to ever resolve any problem without creating new ones. War in the 20th century was a colossal failure of human interaction with more than 100 million war-related deaths, and even greater misery and destruction. The scale of human conflict may be declining, but our capacity to kill and to cause harm only increases.

The Beloved Community is a dream, but it is an achievable dream. And the price of admission is really quite small — we simply must adapt and accept new ways of thinking.
Dr. King would tell us that if you see an injustice, speak out. If you see an act of oppression, support the oppressed. If you see an act of violence, stand up against it. Live and love with peace in your heart.
Posted by Rev. Jeff Liebmann at 8:20 AM No comments: